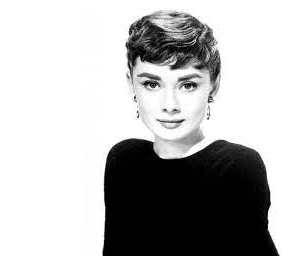 “I’ve spent years when I’ve not been in the limelight at all and I’m perfectly happy living my life without being swooped on by paparazzi.”  – Joan Collins

“The thing I’m most afraid of is being alone, which I think a lot of performers fear. It’s why we seek the limelight – so we’re not alone…”  – Jennifer Lopez

“There are certain shades of limelight that can wreck a girl’s complexion.”   – Audrey Hepburn

“My first language was shy. It’s only by having been thrust into the limelight that I have learned to cope with my shyness.” – Al Pacino

“Limelight” as a word came into use in the 19th century.  Metaphorically, it is synonymous with glamour and status.    The origin is often forgotten, though the metaphor persists.

Limelight is a technology from the pre-electric showbiz era.   A gas flame was directed at a mass of quicklime,  or calcium oxide.

Today we use calcium oxide more often in cement than we do for much else.  The specific flame and color worked nicely to create the first spotlights in live entertainment.

To “be in the limelight” was to be an important performer on the stage.  The principal performers had the spotlight.  Less important performers were lit with footlights and  general lighting (gas jets or candles).   The phrase “being in the limelight” was associated with star-status.  It became such a common phrase that it persists today, though the technology has been obsolete for over a century.

a commercially available color filter for stage lighting called lime with a greenish-yellow tint.  Unfortunately, this may have colored [a pun!] people’s imagination.  The actual color and effect of limelight are different than what most people would expect.   The commercial color filter is not an imitation of the color of limelight.

In the video below from 2019, Jonathan Bastow assembles all of the necessary components to recreate the historical effect of limelight.

“Here we go!  Not green.  Actually, not a bad light.  And also, since it was one of the first point-sources of light before we got to electricity, this is what would be in spotlights.  Thus, if you were in the limelight, you were one of the main characters.”