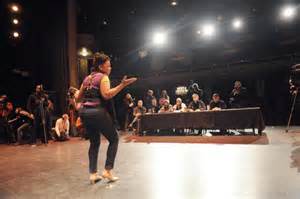 You worked for a theatre company, for a producer or director, or with a group of creative people and you have not been asked back to work with them again. You don’t know why. No matter what you do to get another gig, they never cast or hire you; don’t return your calls or emails; or never seem to have anything for which you are right.

Or let’s say you go in and audition or interview with a company for the first time and you feel as if you nailed everything, have all the credentials they are looking for, and are perfect for the role or job. But you don’t get a callback or second interview and you don’t get the job. Did something go wrong? Did you do something wrong?

You may not get hired back or you may not get the job because the company simply did not feel that you were right for what they had. That happens all of the time. But, there may be other reasons as to why you’re having a hard time finding work or getting asked back. Here are five things that actors and others who work in the theatre do that have a negative effect on their getting hired or rehired.

It’s very important to have a positive attitude when working with others. If you’re constantly putting roadblocks up when working on a production or if you’re bringing everyone down, then you will have trouble staying employed. In an audition/interview this is true too. Often a savvy director or producer can spot such an attitude in the first few seconds that they meet you. Being negative about suggestions, talking people down, and being uncooperative are all aspects of this.

If you’re the kind of person who looks at a director, tech director, or another type of supervisor and says “no” a lot, then you’re going to have a short professional lifespan. The theatre is about taking on challenges, solving problems, and being creative. If you have to say “no” to someone, it’s a good idea to offer that person a few alternative ways of doing what he/she is requesting that you do.

It’s a pretty simple idea. In the theatre, with so much on the line, so much coordinated effort, and deadlines always looming, you are required to give 100% all of the time. People who are on one day and off the next can have a huge negative effect on a production.

Anger in any workplace is a major negative factor. It makes for very difficult working conditions, as it destroys communication, saps energy, and increases anxiety and tension. It’s very difficult for people to concentrate, be productive, and be creative in such an atmosphere.

Any kind of nonprofessional action will hurt your reputation and jeopardize your ability to get work. Interrupting the normal work cycle and flow of effort in a work day, week, or month by being undisciplined, difficult, or uncommunicative will put you in a bad light. You always want to be seen as being just what you are, a professional. So always act in that manner. It’s that simple and essential.