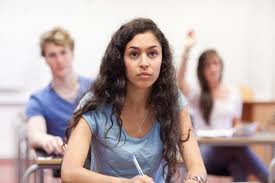 In teaching theatre history on the university level to undergraduates, we’re often challenged by feeling the need to relay a mountain of facts that students tend to fairly boring, overwhelming, and inconsequential. Along with the historical information are our primary historical documents, which include a wide range of plays. For the teacher who is navigating the waters of theatre history, it can be a fairly treacherous course that often, at some point or another, leads to a breakdown in student interest and commitment. Here are a few ideas for professor of theatre history to consider when approaching what is a very important undergraduate course.

This is a given but still, often, when you are very familiar with a subject, you forget the obvious. One of the obvious things to do is to let your class know why some aspect of theatre history is historically important and how it influenced the time period, as well as any ways it connects to today. Making history current is always helpful.

Bringing the Era to Life

Ask yourself how can you bring the era that you are studying to life? One way is to make sure that you discuss what daily life was like at the time and the manner in which theatre fit into the lives of that specific culture’s people. One thing that often occurs with those who are teaching about the past is that they have a tendency to generalize and take the human element out of the equation, basing what they say on broad, sweeping generalizations about the culture.

As an example, I was on a panel once with two other scholars who were adamant in their belief that women were not allowed to attend the theatre in 5th century BCE Athens. They based their opinions on the fact that the society was highly patriarchal.

I had to disagree based on a few facts, including Dionysius, the Greek God of the Theatre, was first worshipped by women in the hill of Kithairon in rituals that inspired madness, and was then, we believe brought into Athens and in essence, made a part of the civilized society as a whole. Would women actually be banned from going to plays that were associated with their god? Also, plays were a rite of passage for the male youth, as they performed in the choruses. Would mothers be banned from seeing their son’s perform? Finally, we do have references to women being in the Theatre of Dionysius and watching plays.

Connecting to the Now

This has already been mentioned in terms of influence on the art form. But you also want to consider in what manner you can compare and contrast past civilizations to those that are functioning today. Also, drawing parallel and connections to present types of theatre, plays, and other kinds of entertainment to those from the past that you are presently studying.

In Part II, we will investigate the importance of choosing what to study and how to study the material you have chosen. We will begin to consider active learning in theatre history classes. One thing to remember is that theatre history has much more value if a student can understand its significance in both the past and in today’s world.