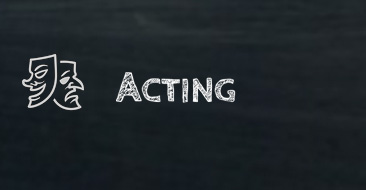 You may download the exercise here: Acting- Mask Work Lesson Plan for Kids.

Day 1: Introduce History of Masks in Greek Theatre or Commedia (or both!)

Actors in ancient Greek Theatre were so far away from the audience that they opted to wear extravagant costumes and masks. Plus, it’s believed that the shape of the mask actually helped amplify the performer’s voice so the audience could hear him better. Masks used in tragic plays portrayed somber or distressed expressions, and masks used in comedic plays were smiling or smirking.

Commedia dell’Arte is Italian for “Play of Professional Artists,” but it was performed in streets or market squares of Italy where it would attract people’s attention. It was popular from the 1500s through the mid-1700s, and its popularity grew throughout Europe. As the style spread, it became influenced by each of the countries in which it was performed. Commedia was typically performed by travelling family troops, and this also caused it to change as different families would implement various changes. Masks were used in Commedia dell Arte mainly to help represent the different types of characters. They also limited the performers’ view, causing them to twist their head from side to side to see what was happening around them. This became part of the acting style. The characters all had features that controlled their movements, which influenced their actions on stage.