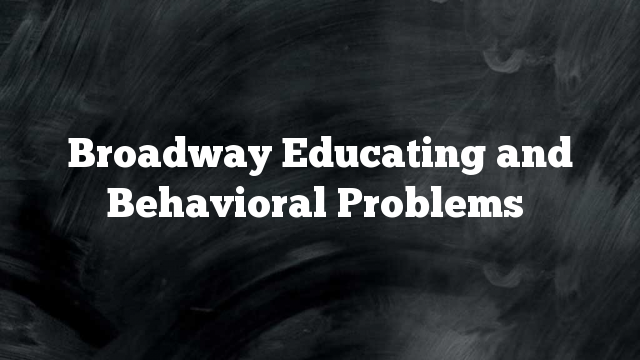 When you’re a twenty-something doing a bunch of survival jobs and performing nights and weekends, chances are good that you’ll be roped into a teaching job at a local theatre. The results of these low-paying, high energy jobs can be seriously worth the prep time. However, you can also get stuck being a babysitter. The shortest session can feel like it lasts for days and you wonder if you’re any good at what you do anymore. Well, here are some tips to help out with your frustrations.

Before I started teaching acting classes for kids, I was a substitute teacher. Substitute teaching is a crash course in behavioral problems and is the absolute worst since you don’t actually create your own curriculum. From that experience, I am used to behavior problems in classrooms but I still don’t quite have what it takes to be stern and menacing since I have a high speaking voice and I like to be pretty carefree about most situations.

Recently, I had a student in my acting class who took all the acting blocks in the room, pulled them around herself, and hid in the little space between them. She refused to do any exercises in the class at all. I told her that if she didn’t participate, I would talk to her father and ask that she not come back. When that threat turned into a real action, the student cared very little. I left feeling defeated after that. The fact is that you’re not there to be a babysitter. You are there to teach, have fun, and acclimate these students to a world they have never seen before. The other fact is that although you feel like you’re losing control because one student is sitting in the corner annoyed and grumpy, there are other kids in the class looking to you because they honestly want to participate and learn. As long as the student is sitting alone in the corner, they aren’t getting the benefit of the class. Ignore them and see if they decide to join in again.

In regards to time management and making sure the kids aren’t getting bored playing one game for too long, make sure you have your schedule written out to refer to. Have some extra games to play on your list if they lose interest more quickly than expected. Don’t be afraid to stop, bend down to a student, let them know what you dislike about their behavior, and tell them what the consequences will be if they continue. Although it’s a fun class, you may have to discipline students as if they are in school to reach the majority that wants to be there.

If all else fails and every student has too much energy, put on a song and make them run around the room for the entire duration. I had a dance teacher who did this and though the kids will be rambunctious to start, continuing to run past their peak will tucker them out.

What do you do to combat behavior issues in your theatre classroom? Let us know on Twitter!