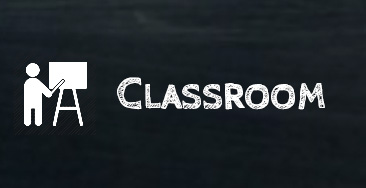 Side coaching is the process of giving directions to actors while they are playing a scene. Acting students love side coaching, becomes it forces them to think on their toes. They have to instantly take on whatever emotion is given to them and work with it. This also enables students to explore minute choices they possess as an actor.

For instance, giving them the emotion “angry” instead of “enraged” helps them realize “mad” does not always resort to yelling. Sometimes, the more comedic (or more dramatic) moments are found when the actor either holds back the anger or perhaps chooses a different emotion entirely, rather than screaming his or her face off. Even the most emotionally sensitive people do not always resort to the most extreme intensity of these emotions, but rather those emotions become mixed with anxiety/stress or insecurity (not the emotion in its purest form). It is important for students to understand that as they advance.

Students will also realize the best comedy that occurs in an improv activity is when they do not “pre-plan” a big moment carefully, but rather when they “pull it out of nowhere” or from the moment at hand. Sometimes when one tries hard to be funny, they are not funny at all. Comedy happens in the most sincere, honest, and often unintentional moments. This does go for drama, too! Oftentimes, the most sincere, honest, and heartfelt emotions evoked are the ones that occur spontaneously, when the actors are thrown into the moment, rather than over-thinking it.

Side Coaching Side Note

After doing these activities, I find it beneficial to tell the students what I liked about their performance, and seek their input concerning what they liked or disliked, what they found challenging, what they discovered about his or her own acting, what they liked and discovered in their peers’ performances, and so on and so forth. The next step is to see how they can apply this to their own acting when they are working on a role. It can be fun to either assign them a monologue (or two monologues, one being comedic and the other dramatic), or to work a simple improv scene. This will undoubtedly aid them in character development as they become more in tune with their emotional selves and the subtleties that define exactly how they feel about something.