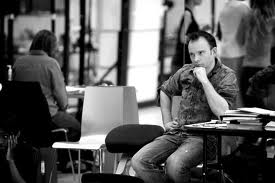 There are various ways to teach directing to students. (That is, if directing is really something that you can actually “teach.”) Directing tends to be filled with challenges, as the stage director has to understand a script in its entirety, develop a vision and concept of that script, and mold those ideas and that script into a production that includes the energies of actors, designers, technicians, and possibly musical directors and choreographers, plus a lot more.

In this blog, we’ll look at teaching directing from the outside in and, in a later blog, from the inside out. We will also consider the power of merging and balancing the two approaches. The outside involves working with the script and developing concepts and ideas based on that script and connected to the various arts. With the inside out approach, the director looks into him/herself and finds connections with the script, which they then use to create their vision of the show and, ultimately, their production.

For years I’ve taught directing from the outside in. That is, getting student directors on the university level to understand how to translate their ideas regarding a script into a viable, living, breathing production. I’ve noted to students that they do need to connect with a script in order to direct it, but I’ve been less concerned with that aspect and much more focused on making sure that they understand how the stage works, how to collaborate with the various artists in the theatre, and how to utilize design elements, technology, and specific directing techniques to create a production that focuses on interpreting the script and not imposing other personalized elements from their lives on it.

Reasonings for the Outside In Approach

Working from the outside involves teaching techniques that are grounded in the theatrical process and that embrace communicating ideas to a group of artists. This manner of teaching demands two things: that student directors actively try to solve problems they are having with script interpretation and the implementation of their ideas, and that they find the solution amidst those they are working with and by connecting with the script. Although a director may certainly use his/her own life experience when working in this manner, this methodology tends to deemphasize the vanity aspect of directing, helping to ensure that, indeed, the play really is the thing.

It starts with the director-script-actor connection, with the script serving as the fulcrum for discussion, actions, ideas, and ultimately, the physical production. Although references may be made in relationship to the director and their personal relationship to the play, including the characters, their situation, and their actions, these references never supersede the play. Direction is still informed by the director’s individual reaction to the script and the manner in which their personal life intersects with its various aspects, however, all of this is secondary to finding the organic moments in the play.

Such a foundation, as discussed in this blog, often results in a production in which the director is less concerned about his/her personal connection to the play, and more concerned with making sure that the audience makes a strong personal connection with the production. Ultimately, teaching directing is about giving students the confidence that they needed to shepherd a play all the way to opening night, where their work and those of the other creative artists will hopefully be accessible to everyone in the audience.

However, one major question regarding the outside in approach concerns its limitations. Does this method of directing negate a richness that might result from a director accessing and using their personal connection to the script in a major manner? The truth is when we find a personal bridge to a work of art that is when it can actually speak to us in a very strong way. If a director can utilize that personal connection, sharing it with the other creative artists involved in the production and bringing it to the production in a powerful way might it not result in a show that is unique, creative, and accessible on a human level? We’ll look at the inside out approach in our next blog in this series.