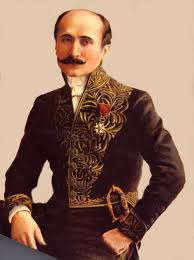 The world’s longest running musical, The Fantasticks (written by Tom Jones and Harvey Schmidt), opened off-Broadway in 1954. It all began with the 1894 French play, Les Romanesques by Edmond Rostand, which was essentially the story of Romeo and Juliet in reverse. Les Romanesques was based on a thirteenth century musical fable, Aucassin and Nicolette, and like The Fantasticks, it was part prose, and part poetry; park spoken, and part sung. This parable was just as revolutionary as The Fantasticks would eventually be in the world of musical theatre.

The Fantasticks is the timeless story of two fathers who think they can fool their children into falling in love through a fake dispute and ordering their children not to communicate with each other. Luisa’s father, Bellomy, and Matt’s father, Hucklebee, are actually best friends who are not fighting at all, but they believe that their kids will be more desperate to fall in love if they are prohibited to do so. The scheme works, Matt and Luisa fall in love, and the fathers end the faux dispute by pretending to have Luisa abducted by El Gallo, the narrator, and rescued by Matt. All goes as planned, and Act One ends with a happy ending. However, Act Two takes the audience out of the fantasy world of romantic happiness into a world of darker and truer reality.

Influence of the Beat Generation on The Fantasticks

The shape and tone of The Fantasticks was largely inspired by the Beat writers of the 1950s. The Beats were a renowned group of American post-World War II writers most famously described in Jack Kerouac’s 1957 novel of his adventures, On the Road, which would eventually serve as inspiration for Matt’s adventure around the world in Act Two of The Fantasticks.

The principal Beat values included rejection of traditional standards and materialism, rejection of authority, the search for Greater Truths, experimentation with drugs, and uninhibited representations of the human condition. They loved jazz and “Slam Poetry,” and valued a true sense of music in spoken language. Beat writers were known for not caring about anything and being completely rebellious, but that was not 100% accurate. They only cared about what mattered in life and were only contrary about shallow and non-authentic emotions. It was this attitude that inspired the tone of The Fantasticks.

The Beats also valued romantic adventurousness, which is implied in the French title Les Romanesques. There was no accurate English translation of that concept of romantic adventurousness, but George Fleming, who translated the fable’s title into English, erratically misspelled the title. His deliberate error seemed to express the nonconformity the musical’s authors were looking for.

Discovering Truths from the Distresses of the Real World

In The Fantasticks, when Luisa and Matt return from their adventures, towards the end of the musical, they feel like the Beats did: used and hurt. The Beats were understandably more than simply tired after World War II, as they suffered feelings of vulnerability that stimulated their beliefs and values. For example, they no longer trusted in society after experiencing the darker days of a global war. Matt and Luisa have both also experienced the worst, but they learned vital truths about human nature, just as Jack Kerouac did in his own adventures across the country.

It is evident that The Fantasticks arose from the mentality of the Beat generation since Matt and Luisa value the same philosophies that the Beats did. For instance, in the beginning of the musical, Matt and Luisa both focus solely on their sacred individuality, on their uniqueness, and they do not believe that anybody else could ever understand their passionate feelings for each other. They are both extraordinarily literate for adolescents, and they believe they know all the answers. Although they have lived dismal lives that are manipulated by their fathers, they still deny everything about their fathers’ world and believe that they see life through brand new eyes. In Matt’s monologue “I’ll Marry When I Marry” (told in the form of a Beat poem), he proves to be nonconforming with his rejection of traditional ceremonies (such as a wedding), religion, and the rest of humanity.

In the song “Round and Round,” Matt is tortured by violence, which corresponds to the perils of war that many of the Beat writers suffered. So many social revolutions, such as the birth of rock and roll and the Civil Rights movement, occurred in the 1950s, which instigated a great amount of social anxiety and concealed materialism. The Fantasticks reminded Americans that fundamental truths about love, life, and marriage still existed.

A Universal Production Worth Studying

It is clear that The Fantasticks was highly influenced by the radical behavior of its generation’s populace, and therefore, it is an extremely revolutionary musical that is enlightening for everyone, especially for the youth of today trying to understand life.

In Part Two, I will discuss the process of creating this revolutionary masterpiece, and delve a bit deeper into its central theme of love and life.