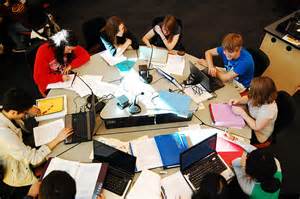 In Part I of our three-part series on teaching theatre history, we considered some of the basic challenges that are involved in bringing and delivering what can be a very daunting curriculum to students. There are a lot of facts, figures, and names associated with this subject, and there’s a need for instructors to in some way connect students of today with cultures from long ago. The subject matter can be at times overwhelming, and at other times downright dry.

One question that occupies the teacher of theatre history is, “what should I include?” This is not the major question to be addressed, but it is a precursor to the major question, and it’s a pretty big one due to the fact that there are so many choices and a finite amount of time available.

As an example, when studying theatre of the ancient world, which includes the Greeks and Romans, the basic question of what plays you should have students read is a tough one to answer. It may start with, should you have them read both Greek and Roman plays? If the answer is, “yes,” then you have to choose which ones.

Greek plays that may be read include:

Those are nine possible plays, and that’s after whittling down the list. All have some sort of value. Note, we have not even begun to list the Roman writers, which may include Seneca, Terence, and Plautus. Plus, there are other readings, such as Aristotle’s The Poetics and Horace’s The Art of Poetry, to consider.

What is to be read and discussed is partly a matter of how you gauge the importance of each of the above readings in terms of the impact on theatre history each has had, educational and informational foundation elements needed by your students, and in what manner each will tie to themes, topics, and styles that the class will focus on in the future. A case may be made for reading any number of the above plays and critical writings. But chances are in a semester-long Theatre History I course that starts before the Greeks and ends with the English Renaissance that you will be limited to perhaps 5 readings from the 17 or so that are indicated above.

The major question for many theatre history teachers, once they have decided on the curriculum, is delivery mode. In an age where the old-fashioned lecture tends to wear thin, where we can access what seems to be unlimited media, and where we feel a need to cover so many different learning goals, delivery, that is how students learn about and investigate subject matter, is a daunting question.

One thing to keep in mind: you should not limit yourself in terms of how you teach the material. That is, there’s something to be said for using multiple ways of connecting students with the material. These include:

In the third and final part of this series on teaching theatre history, we will look at all of the above listed methods of investigating the material. We’ll use one Greek play, Oedipus the King, as our example, to see how each type of investigative method may be utilized.