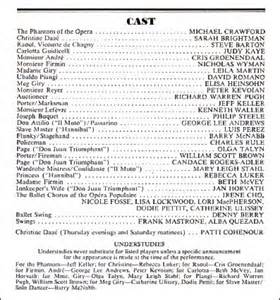 If you teach acting on any level and it is related to production and casting plays, then you know that when the cast list goes up there’s bound to be elation, disappointment, anger, and jealously, as well as many other emotions, including Aristotle’s cathartic duo of pity and fear.

If you’re involved as a teacher/director in a theatre program, you may need to handle questions about casting. That is if you elect to do so. If your focus is on mentoring in any fashion, when an actor comes in to talk to you about casting, you’ll want to be frank, honest, professional, kind, and instructive regarding what I call The Actor’s Dilemma.

What is The Actor’s Dilemma

The Actor’s Dilemma is, and it is a business and money related problem as well as artistic, that there is a good chance that they will not be cast when they audition for a show, and if they are cast, it will often not be in the role that they desired (it will usually be in a lesser role). It’s a pretty simple idea in that there are usually too few roles for too many actors, which means everyone cannot be in the play and leads are limited to usually one to three players.

The question is, especially in a mid-sized to smaller theatre program, how does one deal with student actors who have not been cast; especially those who had a real shot at a role, but fell short when it came to casting?

In addressing this question, our answers to questions from and suggestions to actors are based on the premise that we want to help them get to the next level where they will audition in a manner that will make it very difficult not to cast them. There are always various ways to address the queries of bewildered actors who are trying to win some stage time, which means what is being suggested here are guidelines.

What Approach to Take

Although the approach you take will partly be determined by the individual personality of the student actor as well as where they are in their development, there are a few aspects of your approach that can remain fairly constant.

Guidelines for Discussing Not Being Cast

Consider this, telling someone they were not cast because they didn’t capture you with their audition or because they needed more energy or less energy or seemed unfocused, may or may not help them. But what will help them would be commenting on specifics concerning what they did and asking them questions about their process, prep, and audition.

Finding out how they prepped, how long they took to get ready, and whether or not they read the play and got some coaching are all good things to know. Addressing problems and weaknesses associated with the manner in which they got ready for the audition can go a long way to helping the student actor adjust their process the next time.

Likewise, illustrating your comments on their actual audition will be beneficial to their development. Thus, if they lacked focus, give them a specific instance or instances and discuss how that affected your perception of their work. Also, it is very helpful to give the student actor examples of things that they did that were strong, on target, or interesting. If you do this, they will have something on which to build.

In another blog, we’ll address the second part of The Actor’s Dilemma, which is being cast in a lesser role when they thought they had a chance at playing the lead. We’ll look at how to turn what an actor perceives as a big negative into a major positive.