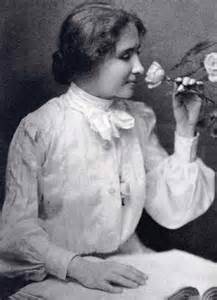 In an earlier post on The Miracle Worker, we looked at the relationship between Annie Sullivan and Helen Keller. Thematic discussions and explorations when analyzing a play like The Miracle Worker can also be helpful when attempting to connect a play’s characters, actions, and plot to an overall idea. Discovering and establishing certain core themes can lead to even more discovery on the part of the reader. Here are three themes that are important in William Gibson’s play of Annie Sullivan, Helen Keller, and the Keller family.

The Affect of Family Relationships and Dynamics

The The Miracle Worker opens with Captain Arthur Keller and his wife, Kate, discovering that their baby Helen is suffering “acute congestion of the stomach and the brain.” Soon following this scene, the audience witnesses the entire family, including Helen’s Aunt Evelyn and brother, James, debating about what the proper care for Helen might be.

Throughout the play, Arthur displays the greatest doubt in Annie Sullivan’s ability to teach his daughter. Since he is the man of the household, his power makes it challenging for the women to have any say in decision-making. When Annie enters the household, he is not used to her candid personality, and he considers her to be rude and unladylike. His powerful position makes it challenging for even Annie to win his acceptance in order to keep her job.

Contrastingly, Kate is a sweet and gentle woman who wants to do the best thing for her daughter. She feels guilt for Helen’s condition that has spiraled out of control. She is hesitant to allow Annie to have control of Helen, but after witnessing Annie’s success in only a couple of weeks, she learns that she needs to let go, and she wants her husband to be able to do the same.

Due to Arthur’s stubbornness in getting Helen any help, Helen suffers a lack of restraint, which leaves her wandering around the world in which she lives without any focus or discipline. With all of the attention focused on Helen and her baby sister, James (Arthur’s son from a previous marriage) is easily offended and suffers a great deal of inner turmoil. He usually displays his feelings in a sarcastic and frivolous way, which adds to the family tensions that already exist. He ends up being one of Annie’s strongest supporters, and he helps Annie prove to his father that she is indeed the right teacher for Helen.

Determination is another prevalent theme in The Miracle Worker. Of all the characters, Annie Sullivan possesses the greatest amount of determination. The job she has been given at the Keller household is her first after leaving the Perkins Institution for the Blind, where she has lived as a student since she was a child. She is constantly at odds with Arthur and is challenged to prove herself to him, and even Kate and James are doubtful of her abilities at first.

The force that has the biggest effect on Annie throughout the play is her own morality, which is portrayed by the Offstage Voices. These voices depict her past experiences and motivate her to persevere. Past failures in her life, despite how much they made her doubt herself at first, motivate Annie to not lose her fight to teach Helen.

The result of Helen having been pitied for so long is her parents have ended up spoiling her. Helen has not ever been exposed to discipline until Annie entered the household. Annie helps Helen’s parents realize that it is better to do something for someone out of love, and not pity. Annie is strict with Helen, and the Kellers feel as if Annie is mistreating their daughter. However, her so-called “mistreatment” of Helen leads to a great amount of progress in Helen’s behavior and well-being, and Annie is finally accepted by all members of the family at the end of the play when they witness a miracle.

The three themes discussed here are not only important in making The Miracle Worker such a powerful play, but they are very much connected to our daily lives. Family relationships and dynamics influence life decisions all the time, and one person’s determination and perseverance can change those dynamics and affect people’s lives. Finally, understanding the difference between pity and love and being able to use the various aspects of love to create positive change offer us insights into how we see and interact with others affects them and their futures.

Themes Revealed and Utilized in The Miracle Worker by William Gibson 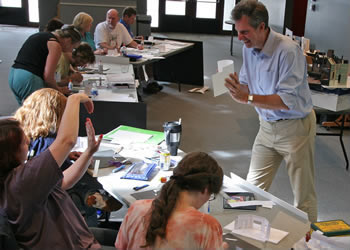 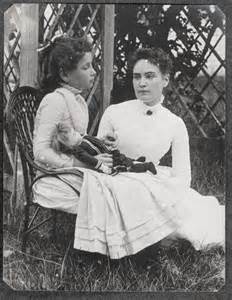 Script Analysis The Miracle Worker: The Relationship Between Annie…